Kimberley Moon Experience 2015 has been announced!

Kimberley Moon Experience 2015 has been announced! 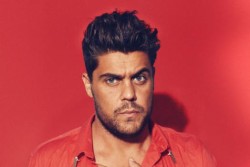 This year celebrates the fifteenth anniversary of the Argyle Diamonds Ord Valley Muster and punters will not be disappointed with a sensational program of events  in and around Kununurra from May 15-24.

As always, the highlight of the Muster will be the Kimberley Moon Experience. This year it will feature an outstanding line-up of Aussie greats such as The Living End, Dan Sultan, The Whitlams and Megan Washington.

Kimberley Moon will take place on Saturday, May 23 under the stars at the Jim Hughes Amphitheatre, on the banks of the majestic Ord River in Kununurra.

“This is the first time we’ve had four major Australian acts at the KME and we’ve structured a line-up of acts that we believe will have appeal to everyone. We encourage people to get in early as we expect this year’s event will be another sell-out.”

One of Australia’s top rock bands, The Living End, rose to fame in 1997 after the release of their double A-sided single, Second Solution/Prisoner of Society, which peaked at No. 4 on the ARIA Singles Chart. They have released six studio albums and two reached the No. 1 spot on the ARIA Albums Chart: The Living End and State of Emergency.

Three times ARIA Award-winner Dan Sultan has had a massive 12 months. His critically acclaimed third album BLACKBIRD, named after the Nashville studio it was recorded in, has just hit gold. Sultan has sold out shows all over Australia and in the UK, won three awards at the National Indigenous Music Awards for Best Album, Best Male and Best Single, won two more awards at the Age Victorian Music Awards for Best Album and Best Male and the best Rock Gong at last years ARIA Awards… and it doesn’t seem like stopping there.

Currently out on the road as a special guest on Paul Kelly’s ‘Merri Soul Sessions’, Sultan takes to the road on his DIRTY GROUND solo tour which traverses every corner of the country from mid-February.

The Tim Freedman-led Whitlams have become a staple of the Australian music scene. They won Best Group at the 1998 ARIA Awards, as well as Song of the Year and Best Independent Release for their third album Eternal Nightcap. The current lineup has remained unchanged for the last 10 years and four albums.

Megan Washington following her ARIA Award-winning, anthem-filled platinum debut I Believe You Liar (2010), and its follow-up – the majestic and sorrow-filled mini-album Insomnia (2011) – comes Megan Washington’s second full-length album. Inspired by the lush new-romantic sounds of the early ‘80s, There There is as infectious as ever – think leather jackets, blood-red lipstick, pastel hair and fluorescent swatches.

Tickets can be purchased from the Kununurra Visitor Centre  9168 1177 and Travelworld Kununurra and Ticketmaster 136 100 or www.ticketmaster.com.au.